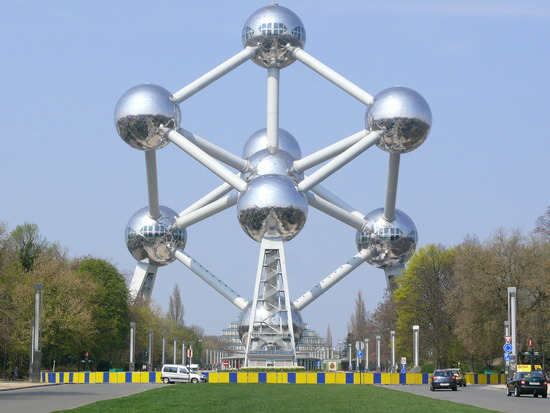 - Applications before the 28th of April

Apply here
After The Hague and London in 2010, Vilnius in 2011, it’s now up to Belgium to organize a conference held from the 16th till the 20th May 2012 in the surroundings of Brussels about: ‘Religion and modern man’. The topics which will be discussed are drawn from the book Light of the World (LM Edition Bayard), based on an interview of Pope Benedict XVI by Peter Seewald.
More than seventy English-speaking young people between 20 and 30 years old, Christian and non-Christian, coming from all over Europe will join this conference, organized by the Community of Saint John and a group of young professionals, reflecting together on the modern world.

Search for truth
The JohannesAcademy organizes conferences for young Europeans seeking formation and reflecting upon the future of the society in which they live. With these conferences, the brothers want to encourage a personal search for wisdom and truth. The conferences are taking place in a surrounding of prayer, discovery and sharing.

Emmanuelle Dancourt is a journalist for the past 15 years. After having worked for France 3, France 5 and Public-Sénat, she hosts since 9 years the broadcast of KTO on Saturday night: VIP Visages Inattendus de Personnalités (Unexpected Faces and Personalities). She has interviewed directly over 300 people. She writes regularly in l’Invisible(The Invisible) and is also the author of two biographies.

Father Thomas Joachim, prior general of the Community of Saint John. Originally from Bordeaux, brother Thomas was a missionary in Cameroun, the United States of America and Taiwan. He holds a Ph.D. in philosophy, and has taught at several seminaries and institutes. He was superior of several monasteries and was Vicar General of the Brothers of St John for three years, before being elected Prior General.

Eric Vermeer, father of six children, two of whom are adopted and are handicapped. For ten years he worked as an oncologist at the service of young leukemia patients and for ten years at palliative care. He teaches bioethics and psychiatry at a school of nursing and gives conferences for (para)medical staff in Belgium and abroad. In his ministry as a deacon he accompanies couples and youth in difficulty or in their spiritual quest.

Baudoin du Parc, recently retired, is the father of four children. Engineer and economist, he has worked at the World Bank in Washington, DC, for development projects in Africa. After this he was for 20 years director of Human Resources and partner at an important financial institute in Brussels. He also guided groups of asset management. Today he plays an active role in investment companies.

Prof. Jhr. Dr. Frans A.M. Alting von Geusau studied law at Leiden University and European Studies at the College of Europe in Bruges, Belgium. He is Professor Emeritus of International Law, Tilburg University and Western Cooperation, Leiden University. Since 1994 he is on the faculty of the Phoenix Institute for the Study of Western Institutions at the University of Notre Dame, Indiana (U.S.A) and since 2008 is Visiting Professor of International Relations in the Advanced LLM program in International Law at Leiden University. With the Institute for Human Sciences in Vienna, he was a member of the Scientific Council (1985-1997) and participated in the Castel Gandolfo talks hosted by Pope John-Paul II.

Monseigneur Andre-Joseph Léonard, is archbishop of the diocese of Malines-Brussels. He is master associate in philosophy, member of the International Commission of Theology, as well as the advisory body of the Congregation for the Doctrine of the Faith. In 1999 he preached the Lenten retreat for Pope John Paul II and the Roman Curia. On the doctrinal level, he sees himself in a continuation of Vatican Council II and of the pontificate of Pope John Paul II, of which he estimates that the heritage “is not behind us, but in front of us, like a program”.

Dominique Lambert, Ph.D. in philosophy and in physical sciences, is professor at the faculty of Namur, member of the ‘Académie Royale de Belgique’ and consulter of the Pontifical Commission of Culture. Author of different works, including: Sciences et Théologie, les figures du dialogue (Science and Theology, Figures of Dialogue)

Father Olivier Bonnewijn, member of the Community of Emmanuel. He received his master in philosophy and doctorate at the John Paul II Institute for the Studies of Marriage and the Family. He teaches at the Jesuit Faculty in Brussels (I.E.T.). He is author of Ethique sexuelle et familiale (Family and Sexual Ethics) and of a series of educational mini-novels for children.

Phillipe Laurent, professional coach and author of Le Bonheur au travail (Happiness at Work). With a background in philosophy, he worked for 15 years in the railroad industry, for ALSTOM transport. Five of these years he spent in China working on a metro project for the city of Shanghai. In 2008, having received his certificate at the school of coaching of Dôjô, he created “PROJECT COACHING”, associated with the theme of happiness at work.

Carine Brochier has a formation in economics. As a journalist, she worked several years as librarian for a large newspaper group. With this in mind, she was entrusted with fundamental research on the question of abortion. This was a turning point for her. At the same time, she founded in 2001 the European Institute of Bioethics, comprised of doctors, lawyers, scientists, and philosophers. Radio host, and host at several schools, but also mother of a family, the question of bioethics is for her a fundamental issue in a society where values are being completely lost.

Sigiswald Kuijken, professor of baroque violin at conservatories in The Hague and Brussels, he has founded with Gustav Leonhardt the baroque Ensemble “La Petite Bande” (inspired by the ensemble directed by Lully). He has recorded countless works of the great German, French and Italian masters of the XVII and XVIII century: Muffat, Corelli, Bach, Mozart, Rameau, Couperin…

Monseigneur Guy Harpigny, has been bishop of the diocese of Tournai since 2003. He studied theology and Arabic at the ‘Ecole Pratique des Hautes Études de Paris-Sorbonne’. He was student at the Dominican Institute of Oriental studies in Cairo. Having obtained his Ph.D. in theology, he also graduated from the « Unité d'Enseignement et de Recherche de Théologie et de Sciences Religieuses ». Pope Benedict XVI appointed him member of the Pontifical Council for Interreligious Dialogue in March 2007.

Albert Rondelet, received his formation in theology, and is "Catechist of Adults." He now teaches in several monasteries. Religion teacher for 30 years, he designed a path based on Scripture, helping his students to understand that faith and reason are deeply connected. He is also psychologist and accompanies suffering people.

Father Marie-Dominique Goutierre, entered the Community of Saint John in 1982 and was ordained priest in 1989. Doctor of Philosophy at the University of Paris I (Panthéon-Sorbonne) with a thesis on Hegel and the understanding of faith, he also holds a Masters degree in Catholic theology from the University of Strasbourg. He was Dean of Studies of Philosophy of the Community of the Brothers of St. John, while teaching in various places, France and Switzerland among others. Assisting Father Marie-Dominique Philippe in writing most of his books from 1988 to 2006, he is himself the author of several books on philosophy and theology.
Blog: www.les-trois-sagesses.org